PATIENCE IS BITTER BUT ITS FRUIT IS SWEET: LAB-BASED VS. INSTANT DRUG TESTING

Drug testing simply put, is a part of life for millions of people and organizations.  But not all drug tests are created equally.  One of the most frequent questions we get from employers is “Do you offer instant drug testing?” It is always our intent to be transparent with our clients so while we can and will instant test if the employer insists, it is not a standard service that we actively promote.  Even realizing the success we could have in selling this service, we do not feel this method of testing is in the best interest of the employer. I am sure you are wondering why because would instant testing be easy?  Profitable?  Offer quick results?  The answer to all of those is yes BUT it’s more complicated than that.

While lab based and instant tests can both look for similar substances in one’s body, there are some significant differences between the two.  Before making any decision on drug testing, check your state law and any other governing body that can specify what testing can or cannot be performed.  For example, instant testing is not permissible for required DOT testing.  Even though instant testing is legally allowed in Tennessee, participation in the Drug Free Workplace Program requires that a medical review officer (MRO) be utilized to review the test so instant testing alone is not sufficient.

Time is always a factor in drug testing – after all, time is money.  Instant tests obviously provide increased convenience and faster turnaround times. However, lab based testing has come a long way and today results are faster than ever. Additionally even with an instant test, any non-negative result must be confirmed by a lab test.  Because of this, other critical factors should be considered.

Instant testing technology continues to advance but instant tests are still somewhat limited on how far back in the subject’s history you are able to check.  Lab based drug screening tests will let you look further back.  Instant tests usually only go back a few weeks or even just a few days in some cases.

Accuracy is probably the biggest consideration to take into account. Not only is lab based testing more accurate, it is also reviewed and analyzed by an MRO.  Besides more accurate findings in terms of who is using what, the chance of false positives is greatly reduced. This protects companies and organizations as well as the individual.  While this may not sound like a big concern, imagine if you were testing a childcare worker and they produced a positive result for methamphetamine.  After conducting the required lab test, it is determined to be a false positive or a negative result based on prescription verification by the MRO.  Based on this, the childcare worker is determined to have a clear, negative test.  What type of embarrassment would that worker feel?  Would that effect the relationship that the childcare worker has with the employer?  With co-workers?  Would the employer be more skeptical of the employee?  Potentially damaging a reputation and relationship could have been avoided by skipping the instant test and using lab-based testing.

Employees are a big investment and can be a business’s greatest assets.  While instant testing does have some benefits and uses, we feel strongly that drug testing is not the line item to save a buck on when overall lab-based testing is a more effective and efficient method.  Faster is not always better – that’s such a hard concept in a time where people thrive on immediate results and gratification.  After all, patience is bitter but its fruit is sweet so we will continue to be patient as we strive for accurate and thorough results.

ARE YOU TRAINING YOUR EMPLOYEES? 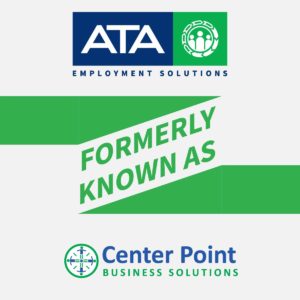 ARE YOU TRAINING YOUR EMPLOYEES?